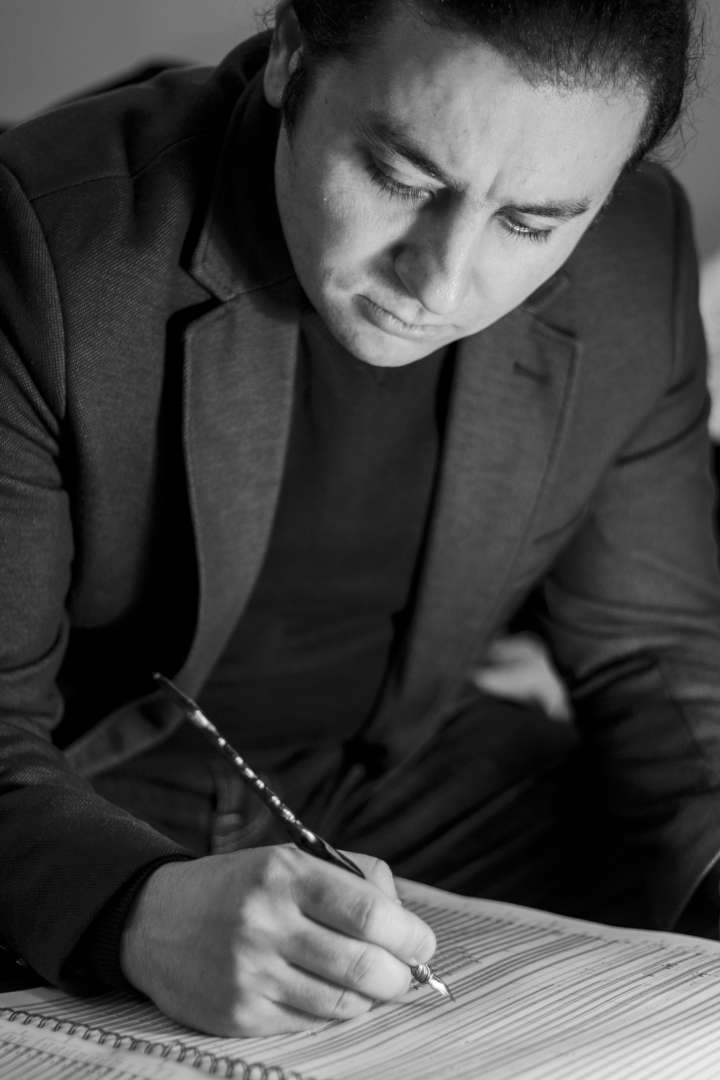 Wassim Ibrahim, was born in Damascus, Syria in 1978. In 1998 he finished his first undergraduate study in civil engineering assistant at Damascus University; working for seven years on projects throughout the country. Even as his engineering career was being launched, serious musical study was pursued; continuing the passion he had begun at only six years old; playing the recorder and the oud. Concurrent with his early engineering endeavors, Ibrahim began rigorous private study in oud performance with master teacher Fayez Zahr Aldin.

In 2010-2013, Wassim Ibrahim started my professional academic career as a teacher at the Higher Institute of Music in Damascus, Syria, where he lectured on music history, conducted classes in harmony and ear training. Ibrahim was a lecturer at the Academy of Music in Krakow – Poland, Jagiellonian University in Krakow, Viterbo University, La Crosse, Wisconsin, USA and Wisconsin University, La Crosse, Wisconsin, USA.
From 2015 until now, He has been running the amateur Choir in Contact, which he founded and which in 2020 was awarded the title of Krakow Ambassador of Multiculturalism A.D. 2019. Since 2019, He has been running in Kontakt in Krakow, two-year educational program Music Course, of which he is the author.

Composition
Ibrahim’s professional work as a composer began in 2002, when six of his original songs, were included as part of a CD for children Stay with Us! His compositions have been premiered and performed in many festivals, countries and concert halls throughout the Middle East, Europe and North America. In Poland during the International Warsaw Autumn Festival;for the contemporary music in the Austrian Cultural Forum in Warsaw. His Orchestra’ piece Behind the Death was performed in The Concert Hall of Philharmonic-Krakow-Poland, Axes festival at the Music Academy of Krakow-Poland, Ibrahim’s Soliloquist have been featured for the Syrian Cultural Days Festival in the Muth Theatre Vienna, Austria; an independent concert in Burgtheater Kasino, Vienna, Austria, Eherbal saal Vienna, Austria. In 2015 Ibrahim’s composition Damascus Breeze was premiered in New Jersey, USA and in 2016, Elegy was performed in Wisconsin. His compositions have also been enjoyed in Elb philharmonic in Hamburg,Germany and the Opera House of Damascus.

Chamber Music
Ibrahim was a member of the Chamber Choir of the Higher Institute of Music in Damascus and has also he is an performed as an oud player in many countries; the United States, Austria, Germany, Poland, France, Italy, Czech Republic, Russian, Morocco, Jordan, Algeria, United Arab Emirates,  Lebanon and Syria.

Skip back to main navigation